According to most major news sources, Michael Phelps is the greatest swimmer, the greatest athlete, and the greatest human being in the history of the planet. Ever. If Mahatma Ghandi was such a great person, how come he couldn’t break Phelps’ time of 4:07.82 in the 400m individual medley? Nelson Mandela might’ve spent almost 30 years wrongly incarcerated for his beliefs, but did that earn him over 11 gold medals? I don’t think so. Sure, Mother Theresa was a nice lady, but there’s no Olympic event for “World’s Best Nun” — and if there were, Michael Phelps would’ve found a way to win it. They could discover the cure for cancer tomorrow, and no one in the world would care unless Phelps had found it himself after swimming his leg of the 800m freestyle relay. With Phelps drawing so much attention and media coverage that you could practically drown in the flood of water puns (no pun intended?), I decided it would only be fair to spotlight some of America’s unsung heroes in the 29th Olympiad.

-Team USAnonymous-
Today’s unknown hero is Essex Junction, Vermont resident and anchor of the US Women’s Olympic Weightlifting Team: Carissa Gump. At a svelte but sexy 5’1” and 138lbs, Carissa’s favorite TV show is House, her favorite food is fettuccine alfredo, and her favorite husband is her husband, Jason. Carissa’s a decorated collegiate and national champion in her event, and according to the official Team USA website, her signature move is the “clean and jerk” (this “that’s what she said” moment brought to you by NBC’s The Office, new episodes starting this fall. Check your local listings). You’re probably asking yourself right now, “how much less important is Carissa Gump than Michael Phelps?” The answer is: so much less important that the OFFICIAL Olympic website has two entirely different birthdays listed for Carissa’s on her profile page (one says she was born June 23rd, ’82; then two lines further down it says her DOB is August 24th, ’83). Whereas on Phelps’ profile page they have everything so meticulously catalogued that even his English bulldog’s name (Herman) is listed. Come on guys, we sent over 600 athletes to these games, and only one of them is named Phelps. Let’s try and spread the love around a bit more, ok?

-Pineapple Excess-
You’ve heard the story a million times: a much-hyped movie that starts out looking great in the trailer and gets a lot of good release buzz, then proceeds to provide 90 seconds of laughter instead of 90 minutes’ worth, and you leave the theater feeling disappointed, let down and — worst of all — sober. Though I’ve never smoked the ol’ wacky weed myself, going to college still gave me a pretty good gauge on movies that are supposed to “be pretty funny when you’re high,” and this was definitely not one of them. It was bad, it was boring — and though I’ve always thought Seth Rogen (or Hulk Rogen as I like to call him) was overrated since his Knocked Up days, this was even worse. The sole point of hilarity in this movie was Danny McBride, who provides some awesome comic relief that will hopefully boost viewership for his forthcoming pilot on HBO (I’ve seen the pre-air cut of the pilot, and it’s amazing. American TV is in for a treat).

Call me a jerk, call me unsportsmanlike, call me a racist — but I’m off to root for USA (and against China) with every fiber of my being. Me no likey communism. 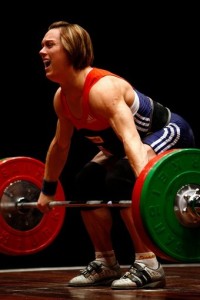 Carissa Gump: No pain, no vein.

Thursday morning at 9:13am; I found myself reading a web-based scan of a book called The Miscellaneous and Posthumous Works of Henry Thomas Buckle. It was at that moment that I realized there might be a better way to spend my day off than reading the literary works of someone whose material wasn’t written until after his death. So here I am, twelve minutes and one bowl of Banana Nut Crunch later, using my time and talents to write down my thoughts for you (although truthfully, I probably won’t write my best works until after I die. Henry Thomas and I have a lot in common).

-They Say It’s Your Birthday-
Yesterday’s was my Dad’s birthday, and though I’m bummed I couldn’t celebrate it with him in person, I spent a while on the phone with him last night, and it sounds like he had an awesome time despite my absence (or perhaps directly related to that. Kidding). Which brings me to my next point: HAPPY FREAKIN’ BIRTHDAY, DAD!!! As if 24 years of listening to me wax on about myself wasn’t enough, surely someone who was born the same year “Rock Around the Clock” was the top hit single deserves a day to just take it easy and be thankful for his life. I know I am.

-John Williams Should Win the Gold for “Most Bitchin’ Olympic Anthem, Ever”-
Every year when the NBA finals are over, there’s a little part of me that dies because I know that once basketball season ends, I will be without any decent sports (note the word “decent” — baseball doesn’t count as a sport unless you’re playing or you’re attending a game in person, wasted) to watch for the next couple of months. Oh sure, every few years you’ll get a World Cup to take in, or a couple extra weeks to watch Manchester United dominate the Champions League, but it’s never enough to fill the two-month gap prior to the NFL preseason games. However, the wait for athletic action, stats to parrot back to my friends, and sportscasters to quote is officially over because today starts the first wave of NFL preseason games (not counting the HoF game last Sunday), and tomorrow begins the ’08 Olympics. Bonus features! Hopefully the U.S. will put on a good showing in most events, and absolutely dominate the competition in the basketball event. At the very least, maybe we can get to the medal round of the official Olympic Foursquare tournament. Unfortunately, China will probably beat us in the “Willfully Break Child Labor Laws” event and the “Government-Controlled-Media Information Relay” (400 meter).

-I Don’t Really Like Popcorn-
Ok, so I haven’t put pen to paper (or rather, pizza-sauce-covered finger to keyboard) about movies lately, so here’s a shotgun overview of everything I’ve seen that I haven’t written about yet:

The Dark Knight — Where do you even begin? The most hotly anticipated movie of the year (and possibly our generation) definitely meets (though doesn’t exceed) the hype. The story: amazing. The quality of production: amazing. The direction, effects, etc. etc. etc: amazing. Heath Ledger’s performance deserves an Oscar based solely on his talent and performance, and not pity for the tragedy of his demise. I saw this movie in the theater twice over the span of about 20 hours (with two different groups of friends, and on two opposite ends of the country). It was great, and I felt myself selfishly disappointed that we wouldn’t get to see Ledger’s character recreated for the sequel. Christian Bale’s Bruce Wayne/Batman is as spot-on as ever, and I continue to try and comprehend how the man behind that mask is the same person who sang “Santa Fe” into the camera so longingly and convincingly all those years ago. Superhero AND musical theatre star = awesome.

Swing Vote — A decent chemistry between the lead characters (Costner and the kid who plays his daughter, whose name escapes me) and some well-played presidential candidates (Kelsey Grammer and Dennis Hopkins) carry a weak premise about 90 minutes further than it could’ve gone (the movie is 100 minutes long) without their talents. Cheers to the creators for not taking any sides or getting too preachy in the film, but this movie probably would’ve fared better if it’d been marketed properly (or at all) and released in the early fall (when election heat will be at peak capacity). Although I might have felt more harshly about this film if I hadn’t seen it for free at the Arclight in Hollywood, so make sure to take that into account as well.

Step Brothers — Will Ferrell and John C. Reilly substitute their trademark Talladega Nights humor for a lot of gratuitous swearing in their latest joint venture, and not always with positive results. I mean, I get a kick out of seeing Mary Steenburgen drop the F-bomb as much as the next guy, but Talladega Nights had me in stitches with laughter, whereas Step Brothers just had me in butterfly band-aids with chuckles. That said, there are some pretty funny moments, and what the movie lacks in story and creativity, it makes up for with…Mary Steenburgen dropping the F-bomb. Luckily, Ben Stiller’s first comedy in years that actually looks funny is coming out next weekend, so hopefully that will be the movie to break August’s awkward silence with some much-needed hilarity. 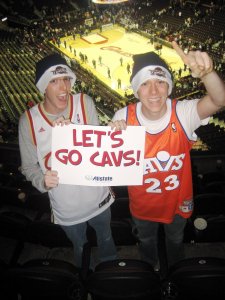 Just a couple of sportsbrahs, used for athletic support on the upper deck. Wink.