Don’t get out to the movies as often as, say, a single 29-year-old man-child with an escapism complex? Well don’t fret, I’ve taken all of Hollywood’s shoddy offerings and narrowed them down to the three that won’t make your $20 movie ticket feel like a total waste. I call it Dustin’s Three to See because I was raised to believe that rhyming things are better than non-rhyming things.

February is historically known for three things: Valentine’s Day, Black History Month, and $5-Footlongs at Subway. If I’m being honest, all three get me about equally excited. February is typically a pretty slow month for movies — and despite its romantic trappings, nary a single rom-com or rom-dram was released (rom-dram is an abbreviation I just invented for romantic drama). But I get it, even if there aren’t any good romance movies out, you’re still gonna need to find an hour and a half to kill between your romantic dinner and when you and your super hot girlfriend can go makeout in the car. With that in mind, here’s the three movies worth seeing from February:

Movie 1) — Warm Bodies
It’s a classic story of boy meets girl. The only snag is that the boy is dead, and sort of wants to eat the girl’s brains. It’s like Twilight, except for in this movie the lead’s acting is actually supposed to be stilted and lifeless (sorry K-Stew (not really)). I’m a little biased toward this movie because it’s essentially the same premise as a movie idea I had in college, and so the fact that it got made gives me some weird sort of validation (it doesn’t take much) despite the fact that I had nothing to do with it. The story is cute enough, the gore is calmer than trying to convince your girlfriend to watch The Walking Dead with you every week, that’s a win/win in my book. 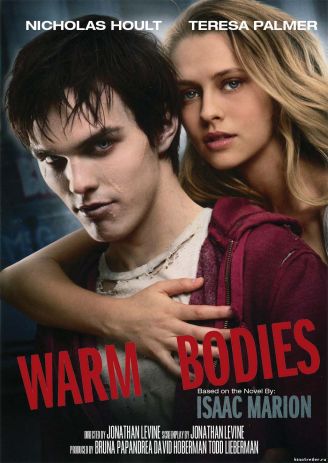