Whose Blog is It Anyway? 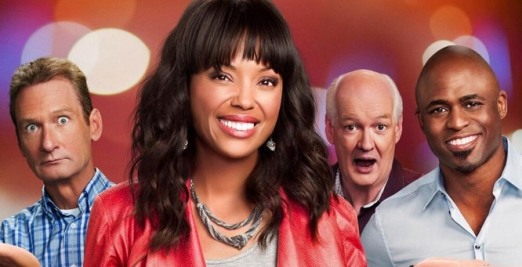 So there are really only a handful of things from my childhood that are sacred to me: Bugs Bunny, the original Nintendo Entertainment System, Claussen pickles (always refrigerated, never frozen), and Whose Line is it Anyway (there are others, but four examples is plenty for you to get the idea: I wasn’t a particularly “cool” kid). Of those, Bugs Bunny is still on the air if you know where to look, I regrettably parted ways with the Nintendo (mostly due to a lapse in judgment and the fact that my brother and I had never seen $50 at once before), Claussen’s remain one of only five things (along with milk, salad, cereal, and alcohol) I feel comfortable buying from the grocery store, and Whose Line it Anyway had a nice run and then got cancelled.

I never learned about capitalization for emphasis in writing school, I just kind of figured it out on my own…did somebody say savant?? I’m like the Bobby Fischer of capslock (google the reference, 90s kids).

END_OF_DOCUMENT_TOKEN_TO_BE_REPLACED

It’s 7:59pm on a Monday night. Do you know where your Boston Celtics are?

Wherever they are, they certainly weren’t on the court tonight. Because the top seeded, over-60-win Celtics were just beat for the second time in a row by the eighth seed Atlanta “We Hope to Break .500 Someday” Hawks. Mind you these Celtics are the same team that some have hailed as “the greatest team in the league…and possibly NBA history,” (quote courtesy of ESPN writer and Boston-ophile Bill Simmons). I don’t care one way or the other about Boston-area pro sports teams (although I’ll root for Tom Brady any day), but it certainly doesn’t do much to refute talks about how Eastern Conference NBA teams are less-talented than their western counterparts when the supposedly best team in basketball history drops two in a row to the 2,749th-best team in basketball history (right between the ABA’s ‘74 Virginia Squires and some guys from a pickup game in North Dakota in the summer of 1991). However, I can’t be truly unhappy after the Cavs snagged another win from the Washington “Bark > Bite” Wizards on Sunday, and are prepped to close out the series with another one back in Cleveland on Wednesday.

But enough banter, you’re here for the same reason I am: because you love me and you love hearing about me. So with that in mind, here is what you need to know to be in the now. As in, “now go get me some coffee.”

-I’m Not in it for You, Princess. I Expect to Be Well Paid-
I went in for my first day of training the other day, and so far the new job looks like it’s gonna rock. For those of you who didn’t tune in last week, I recently secured a job working for Harrison Ford’s son, Ben Ford at an upscale restaurant in Culver City called Ford’s Filling Station. The people are awesome, the atmosphere is just right, and I really feel a connection with this place. And they bought me a $35 steak for dinner last week. Very cool. I’ll keep you updated as I settle in more and learn the nuances and intricacies of saying complicated phrases like “welcome to Ford’s, how many?” It’s going to be rough.

-Great Kid, Now Don’t Get Cocky-
Had a very busy week, capped off with an equally busy weekend. And it’s looking like this week is going to follow suit. I’m overlapping my last week at UCLA Medical with some training shifts at Ford’s, so that is going to make for one very tired Dustin starting Thursday night. But oh yeah, I just remembered, I’m a baller and I don’t need sleep because I kick ass, so it’s not gonna be a challenge. Whew, good thing I thought of that ahead of time.

-Traveling Through Hyperspace Ain’t Like Dusting Crops, Boy-
I finally got a haircut from a stylist named Rhonda over the weekend (who is as talented at haircutting as she is portly. Which is very, if you didn’t know). I asked her to give me a shorter, more summery haircut than the one I had, and she kind of took that to mean that I wanted something that if I got drafted into the Army tomorrow, I’d fit right in. My hair is short, is what I’m saying. But in her defense, it did feel light and summery when I was on the beach, and I probably won’t need to get it cut again before I visit home and have Irene do it properly.

-She May Not Look Like Much, But She’s Got it Where it Counts, Kid-
Ok, so this isn’t interesting, but too bad, I’m telling you anyway. On nice, sunny California days, sometimes I like to fire up the ceiling fan in my room to help circulate some air. But for some unknown reason, my ceiling fan doesn’t work. Don’t get me wrong, it turns on, it spins the blades, it even makes all the appropriate ceiling-fan-related noises. But it just doesn’t generate any wind or breeze or cooling sensation at all. I’ve tried reversing the rotation on the fan, in case it was set wrong, I’ve tried it at all the different speed settings, but nothing helps. All my ceiling fan is really good for is taking the all the dust that’s been collecting on it since the 60’s and evenly distributing said dust around the room.

Ok, I’m off to catch a show at The UCB Theater (using acronyms gives me a false sense of superiority), so I’m outie for now. And remember, don’t drink expensive tequila unless someone else is paying for it. Conversely, if you’re a random stranger and you offer to buy me and my friends a round of fancy tequila at the bar to prove what a badass you are, really all you’re doing is spending $85 to have us mock you all night.

We already have a lime tree, now all we need is a tequila tree to go along with it…