Why Latin is the Best Language

Someone said to me the other day (or maybe today or maybe not at all…honestly does the setup really matter?) that the best language is English. These are the sort of deep-thinker conversationalists with whom I am forced to interact. Then they made the mistake of asking me what I thought the best language was. What a boron!

(Boron is a word I made up that means boring moron — I invented this word by combining the words boring and moron. Boron is also the chemical element of atomic number 5, a nonmetallic solid/metalloid, if you’re ever on Jeopardy)

They’re not dumb for asking that question, they’re dumb for not already knowing the answer! Everybody and their step-brother from Daddy’s first marriage knows that there is only one best language (duh, that’s what “best” means), and that language is: Latin.

What’s that? You aren’t 100% sure that Latin is better than any other language that has ever been invented or will ever be invented (probably by JRR Tolkien or more likely by George RR Martin because Tolkien died in World War I fighting off the Nazis and syphilis)? Well take a second to pull the suppositories out of your ears and the Q-tips out of your ass, because you’re about to absorb something more useful than the Plan B you took with breakfast this morning.

For starters, Latin is a dead language — meaning the Italic Latins and Ancient Roman civilizations that spoke that language went extinct probably ten or more years ago. But hold up, even though native Latin speakers are as extinct as the dodo bird or the commercial market for dodo bird leashes that I invested heavily into in the 90s, people all around the world STILL KNOW AND SPEAK THAT LANGUAGE. That means Latin is actually an undead language, a zombie dialect, and that already makes Latin badass enough to be the main bad guy in the next season of The Walking Dead. 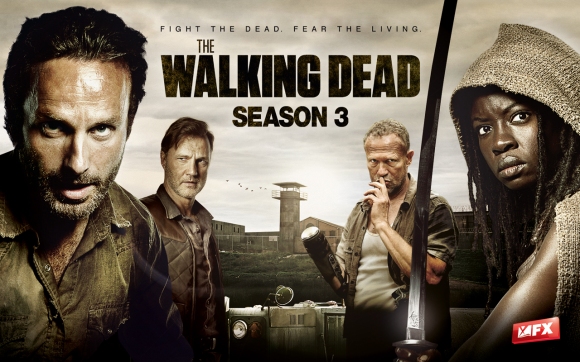 …Why won’t you die already?! What kind of language are you??

Latin is like the Godfather of the spoken and written word. Pop quiz: do you know people groups that speak French, Spanish, Portuguese, Italian, or Romanian? Well guess what homeslice, those are all Latin-based dialects, which means like 90% of the world wouldn’t know their head from a hole in the ground (or at least have the words to distinguish the two) without Latin. Those are known as the romance languages because they never have to be reminded to buy their wife a rad present on special occasions.

The Pope speaks Latin, and the Pope speaks to God, which means GOD’S FAVE LANGUAGE IS LATIN. A ton of ancient Catholic documents are all written in Latin, and confirm the badassery of the Latin language and how God STRONGLY OPPOSES inappropriate touching (“Sorry, that was our bad” —Priests).

But you’re all like, “Dude, I’m American, all I need is English and vice versa” well pump the breaks there Shania, because the phrase “vice versa” itself is LATIN. “Wait, so you’re saying I ALREADY KNOW Latin?” Well gee, only if you’ve ever used words like “status quo” “alter ego” “verbatim” “per se” “subpoena” “bona fide” “alma mater” “et cetera” “pro bono” “ergo” “quid pro quo” and about a million others. And if you stopped snorting cocaine long enough to unroll that dollar bill in your hand, you’d see “E pluribus unum” stamped on the seal of THE United F###ING States of America. That’s right, when the newborn USA needed a kickass motto to yell while they were bayonetting Johnny Redcoat and genociding the Native Americans (“Sorry, that was our bad” —Americans), they turned to the Latin phrase for: “out of many, one” (“¡Yo quiero Taco Bell!” came in a close second).

Ever gone on a cross-city homicidal gang-member-slaying rampage through Boston with your Irish fraternal twin brother and eventually your dad? Well then you’re The Boondock Saints, and you already know that the sentence you end your badass murder-prayer with — In Nomine Patris, et Filii, et Spirits Sancti (roughly: “In the name of the Father, the Son, and the Holy Spirit”) — is as Latin as the matching veritas/aequitas hand tattoos you both got for your seventh birthdays.

Johann Sebastian Bach, Wolfgang Amadeus Mozart, Antonio Vivaldi, Giovanni Pierluigi da Palestrina, Igor Stravinsky, and George Frideric Handel are all people you’ve never heard of because even though your parents worked 90-hour weeks to move your family into a great school district, all you paid attention to in class was the slutty girl in the short skirt who sat two rows up from you (probably named Kayleigh or Felicia or something like that). But if you would’ve stopped drawing erotic stick figures for longer than your requisite 90 seconds of daily eye contact with your teacher, you’d know that the aforementioned guys essentially wrote all of the music worth listening to in the Pre-Bieber-Era, AND THEY WROTE IT IN LATIN. They’re also the reason pop music exists at all today. Yep, you read that right. Pop music is short for popular music — and these are the guys who POPULARIZED music. Think about that for a second: we’re talking about a handful of dudes who took music from being a passing hobby of the über-elite and made it the most popular thing in the ENTIRE WORLD. It’s like being as popular and successful as the internet…except if every single person on the entire planet had the internet and not just developed and semi-developed countries. These are guys who were bigger than Jay-Z and catchier than Queen and more recognizable than Taylor Swift and more European than Mumford and Sons. They transformed the world so completely that we’re still singing the songs they wrote FOUR HUNDRED YEARS LATER (RIP Giovanni, 1526-1594). You think Gotye or Carly Rae Jepsen have that kind of staying power? (Spoiler alert: nope). And Latin made it all possible.

So sit your spouse, girlfriend, boyfriend, imaginary friend, or adoption agent down; look them in the eye, and tell them that your kids are gonna learn the proper respect for Latin — that way when they grow up, they don’t sound like a damn imbecile when they try to make small talk with some asshole named Dustin.

Looking for more ways to turn out just like I did? Check out my post on how Bugs Bunny taught me everything I know, or this one on how to develop your brocabulary.

3 thoughts on “Why Latin is the Best Language”