A lot of people talk about how America’s youth are “our future” and some paragon of wisdom and talent, and how they are gonna be way better with technology and all this other stuff about how great the children of America are, but I just wanted to take this opportunity to reel in everyone’s expectations a little bit and point out that these kids — though filled with potential — still have their flaws and shortcomings.

Take something as simple as sharing, for instance. If you came over to me and asked to borrow something of mine like a DVD or a Kleenex or something, I would totally let you (I would probably even let you keep the Kleenex). But I was at work today, and there was this kid who had all these Teenage Mutant Ninja Turtle action figures that he was playing while he was waiting for his mom who was in a meeting or something. And even though he looked to be about four or five years old (definitely old enough to know how to share) and had plenty of action figures to share (at least six or seven different ones), he wouldn’t share with anyone, no matter how much I asked or how politely. And it’s like, dude, you only have two hands, so you couldn’t possibly be playing with more than two of them at once, at the maximum. But I’m telling you, this kid wasn’t hearing any of the great logic I was pointing out to him, he was being totally stubborn for pretty much no reason. So next time that some hippie, bleeding-heart liberal chump tells you that “America’s children represent everything that’s great about the future of our country,” you thump your pointer finger in their chest a few times and tell them that these kids don’t deserve any of our time or respect until they learn the basics of the modern, civilized conduct fitting for an adult. And that if the little brats can’t master something as basic as letting me use their Donatello for even five seconds to do a freaking awesome superkick, then maybe they deserve all the global warming and melted icecaps and extinct species that we’re gonna leave for them. So there.

In other news, I saw Leatherheads last night, and I’ll sum it up with the following: George Clooney is an amazing actor, a decent director, and an average writer. However, he is an awful actor/director/writer. If you really can’t wait till this Thursday for a new episode of The Office and really need to get your John Krasinski fix, then see it. Otherwise, rent it (and hope they photoshop someone prettier in over top of Renee Zellweger. She’s gross).

There’ll be an update of decent significance in the next day or two, so keep your internet close at hand and be on the lookout. 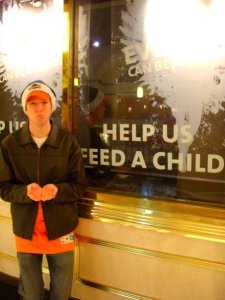